Video is courtesy of the 60 Minutes Australia YouTube Channel

Listen to the video and how the wife beater make excuses. He plays the cat and mouse game. He admits that he did wrong, then does not and makes excuses.

He tries to shift the blame to the victim by saying that he does not know what his wife has said. Yet the video clearly shows him throwing his wife to the ground.

He thinks that there is no difference between saying that he repeatedly punched his wife in the head and giving her “taps”. He says that gave his wife “a couple of taps in the bathroom“. Changes the situation to be the fault of the wife.

He was asked if he believes that he was a “Monster”. He comes back saying that no he is not. A Malignant Narcissist will not admit that they did anything wrong. He says that he just “tapped” his wife, yet there is photo in the video of his wife with two black eyes. One must assume that to him it was OK to just “tap” his wife and that it was his wife’s fault that she ended up with two black eyes.

IMHO you cannot heal or change a Malignant Narcissist. IMHO, the best protection is to Go No Contact and work with the local Police and the Legal Courts.

Psychotherapist Dr. Les Carter describes 7 mind games commonly played by a Narcissist, and outlines ways to stay clear of them.

Video is courtesy of the Surviving Narcissism YouTube Channel.

Click on this line to visit Amazon.com to checkout the book titled: “Enough About You, Let’s Talk About Me: How to Recognize and Manage the Narcissists in Your Life” which Dr. Les Carter had written.

Kim details six steps which could help one to deal with the Trauma caused by Narcissistic Abuse. Highly Recommended.

Video is courtesy of the Kim Saeed YouTube channel 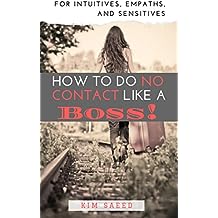 “How To Do No Contact Like A Boss!: A Guide to Detaching from Toxic Relationships for Intuitives, Empaths & Sensitives”

Pathological mind games. Covert and overt put-downs. Triangulation. Gaslighting. Projection. These are the manipulative tactics survivors of malignant narcissists are unfortunately all too familiar with. As victims of silent crimes where the perpetrators are rarely held accountable, survivors of narcissistic abuse have lived in a war zone of epic proportions, enduring an abuse cycle of […]

via POWER: Surviving and Thriving After Narcissistic Abuse — Self-Care Haven by Shahida Arabi

EMDR Therapy is relatively new. I had previously posted about EMDR Therapy as possibly being an option for the treatment of PTSD and Comlex PTSD. I had posted a video by Francine Shapiro, the originator of EMDR Therapy where she explained the EMDR Treatment Protocol.

To provide for a balanced view, there is very good article reviewing EMDR posted on the Quakwatch website. It was well researched and includes lots of references.

I did state in my initial post that no one knows why EMDR works (or where in the Human Brain). In the 20/20 News Video about EMDR, one patient spoke very highly of the results. With all things of Science, the ability to replicate the results, confirms the results – or not.

EMDR Treatment is fast. You could be talking about a few sessions with a Licensed Therapist trained in EMDR Therapy, versus months and years with other Therapies. EMDR Therapy could be one option to consider, for those with the symptoms of PTSD and Complex PTSD,

In this video Sabrina Weyeneth walks thru the steps of an EMDR session.

Video is courtesy of the Sabrina Weyeneth YouTube channel

This video was a 20/20 TV Show Report about EMDR Therapy.

EMDR Therapy could be one option to help those with sym[ptoms of PTSD or Complex PTSD. Beneficial results could potentially happen in just a handful of EMDR Therapy sessions, versus taking months and years using other Therapies.

Video is courtesy of the CalSouthern PSYCHOLOGY YouTube channel

There are therapies, such as EMDR,  which defy explanation of how they work neurobiologically.

In the video below, Francine Shapiro Ph.D, the developer of EMDR Therapy, details EMDR Treament for Complex PTSD and PTSD.

Video is courtesy of The Psychology Webinar Group YouTube Channel

The following is quoted from Wikipedia: In 1999, EMDR was a controversial therapy within the psychological community,[20] and in 2000, its efficacy compared to other treatments and underlying mechanism was the subject of debate.[21] However, since 2004, EMDR was recommended as an effective treatment for trauma in the Practice Guidelines of the American Psychiatric Association,[22] the Departments of Veterans Affairs and Defense,[23] SAMHSA,[24] the International Society for Traumatic Stress Studies,[25] and the World Health Organization.[19]

EMDR  is an “Officially” recognized Psychotherapy.

EMDR treatment could be of help to those suffering from the symptoms of PTSD and Complex PTSD.

The following is quoted from Wikipedia: Eye movement desensitization and reprocessing (EMDR) is a psychotherapy developed by Francine Shapiro that emphasizes disturbing memories as the cause of psychopathology.[1][2] It is used to help with the symptoms of post traumatic stress disorder (PTSD).[3] According to Shapiro, when a traumatic or distressing experience occurs, it may overwhelm normal coping mechanisms. The memory and associated stimuli are inadequately processed and stored in an isolated memory network.

From the official EMDR International Association site: “No one knows how any form of psychotherapy works neurobiologically or in the brain.”.

The following is quoted from Wikipedia:

EMDR therapy consists of eight phases and each phase has its precise intentions.[32][33]

Phase I History and Treatment Planning

The therapist conducts an initial evaluation of the client’s history and develops a general plan for treatment. This includes the problems which are the primary complaint of the client and a history of distressing memories which will become the targets for reprocessing.

The therapist helps the client develop ways to cope with distressing emotions so that they are able to calm down and help themselves in between therapy sessions. Commonly this is done with guided imagery or other relaxation techniques.

The therapist asks the client to visualize an image that represents the disturbing event. Along with it, the client describes a thought or negative cognition (NC) associated with the image. The client is asked to develop a positive cognition (PC) to be associated with the same image that is desired in place of the negative one. The client is asked how strongly he or she believes the PCs to be true using a 1–7 scale (completely false to completely true) called the Validity of Cognition (VOC) scale. The client is also asked to identify what emotions he or she feels. The client is then asked to rate his or her level of distress on a scale from 0–10, with 0 being no distress and 10 being the most distress they can imagine. This is the same as a Subjective Units of Distress scale (SUD) that is commonly used in cognitive behavioral therapy (CBT). Finally the client is asked to identify where in the body he or she is sensing the feelings.

During the reprocessing phases of EMDR therapy, the client focuses on the disturbing memory in multiple brief sets of about 15–30 seconds. Simultaneously, the client focuses on the dual attention stimulus, which consists of focusing on the trauma while the clinician initiates lateral eye movement or another stimulus such as a pulsing light held in each hand, or tapping on the knees.[34] Following each set, the client is asked what associative information was elicited during the procedure. This new material usually becomes the focus of the next set or another aspect of the memory may be guided by the clinician. This process of personal association is repeated many times during the session.[34] This process continues until the client no longer feels as distressed when thinking of the target memory.

The therapist asks the client to focus on the event along with the PC developed in phase III. The client is asked to hold in mind the memory with the positive thought as the therapist continues with the bilateral stimulation. When the client feels he or she is certain the PC is fully believed and that belief is as strong as possible, the installation phase is complete.

At this phase the goal of the therapist is to identify any uncomfortable sensations that could be lingering in the body when thinking about the target memory and the PC. While thinking about the event and the positive belief the client is asked to scan over his or her body entirely, searching for tension, tightness or other unusual physical sensation. Any negative sensations are targeted and then diminished, using the same bilateral stimulation technique from phases IV and V. The PCs should be incorporated emotionally as well as intellectually. Phase VI is complete when the client is able to think and speak about the event along with the PC without feeling any physical or emotional discomfort.

Not all traumatic events will be resolved completely within one session. If the client is significantly distressed the therapist will guide the client through relaxation techniques that are designed to bring about emotional stability and tranquility. The client will also be asked to use these same techniques for experiences that might arise between sessions such as strong emotions, unwanted imagery, and negative thoughts. The client may be encouraged to keep a brief log of these experiences, allowing for easy recall and processing during the next session.